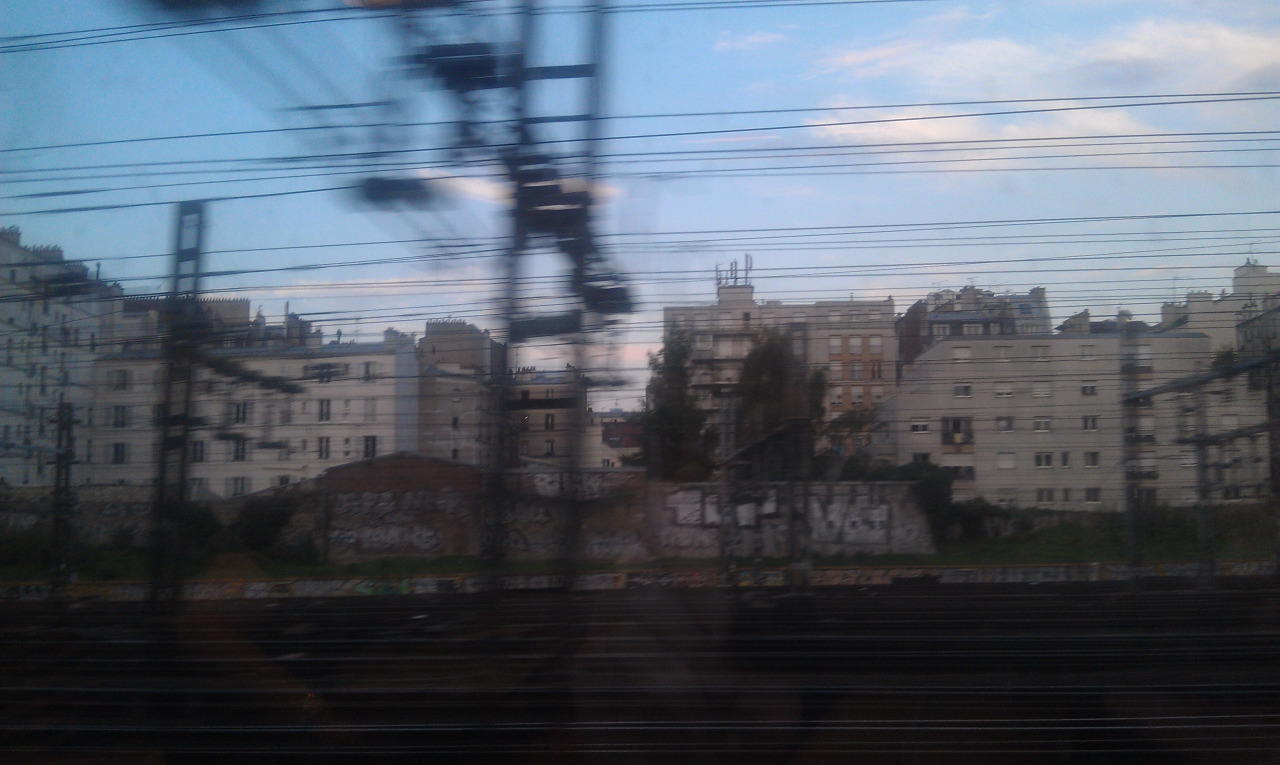 Ryan realized he didn’t have his passport as I motherly quizzed him on the packing essentials on the bus. His eyes grew wide. At the next stop, he leaped off the bus and started booking it down the road back toward the university.

The train from Nottingham to London St. Pancras lurched forward, on time, an hour later. I immediately moved from my assigned seat to grab a row all to myself next to a window facing the now moving platform. But I was antsy. Where was Ryan? 10 minutes later he comes marching through the coach, beaming – he had run onto the front car of the train just as the doors were closing. We were on our way to Paris.

London to Paris in 2.2 hours

I had had lunch in England and a beer below the flickering eiffel tower that night.