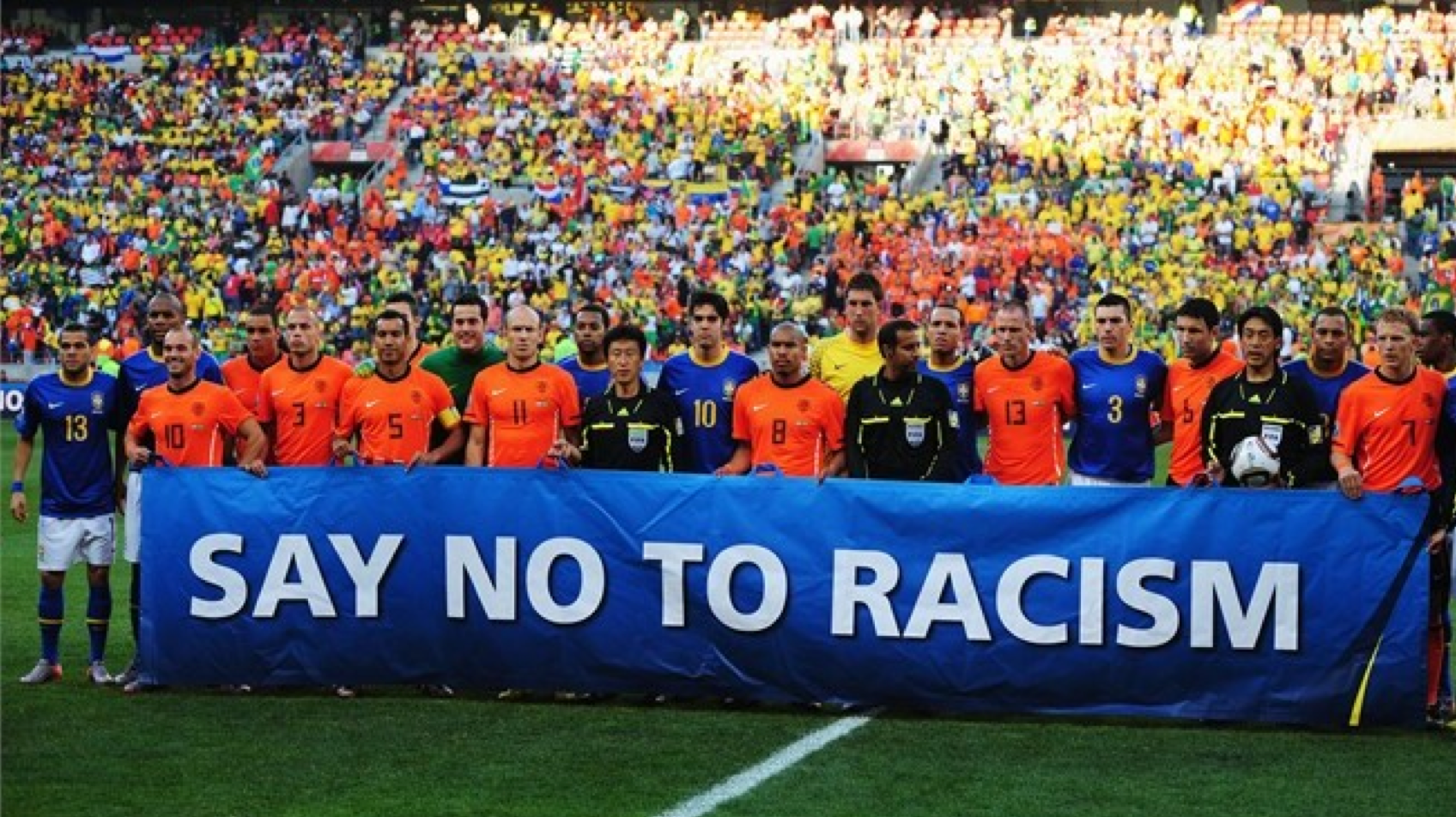 Before living in England for the summer, I had this very naive perspective that, socially, Europe was somehow better than the U.S. That magically racism didn’t exist. The European Union and the Euro currency proved so many people with so many different backgrounds and languages were able to come together into this one unit. In the US when we learn about our own history of slavery, we learn that England banned it first. All of the Obamacare debates looked toward Europe’s socialized healthcare system as a model. Women regularly serve in leadership positions. In the wake of horrible mass shootings, someone always points out that British police officers do not carry guns (because guns are banned and they don’t need to). To the point where it often sounds as if all of America’s social problems get solved in Europe 20 years beforehand.

But the world isn’t perfect, and neither is Europe. I heard gypsies described the same way some people in the US describe poor African Americans today – that they are irresponsible, have too many children, are gaming the welfare system and are overall a leech on society. The Brazilian World Cup was in full swing and before every match the two teams would pose with an “End Racism” banner. I asked a co-worker why they do that and apparently black soccer players have had bananas thrown at them among other abuses I’m sure.

Cassie and I talked a lot about this when she visited me in Nottingham, one of her last stops before heading home after touring Ireland for two weeks. She was still reeling from her last days in Northern Ireland. Her reflections on that part of her trip have stayed with me:

“This was the most intense and interesting part of the trip. First of all, I spent the first day in Belfast doing the Black Taxi Tour, which is a tour of sites relevant to the Troubles (http://en.wikipedia.org/wiki/The_Troubles). My driver (who I think was hinting at being a former IRA man) took me to Shankhill, which is the site most associated with the Troubles. It’s a working class Protestant neighborhood across the street from a working class Catholic neighborhood. There are walls all over the city separating these neighborhoods, but the wall between these two is by far the largest. It’s all very sobering and confounding, but I didn’t get emotional until we walked to the Catholic side and looked at the houses that line the wall. They literally have cages over their back patios to protect themselves from missiles.
I specifically elected to go on the weekend of 12 July, which is the weekend celebrating the Battle of the Boyne. So basically, when James II converted to Catholicism in the late 1600s he was dethroned and replaced with William of Orange (Yes, William of W&M) in the “Glorious Revolution.” James decided to fight for the throne and the final battle was the Battle of the Boyne in 1690, wherein King William kicked his ass. To this day, it is a very big holiday in Northern Ireland, because 1) it happened close to the region and 2) it celebrates the triumph of England and Protestantism over Ireland and Catholicism. Despite getting out of the Troubles 15 years ago, N. Ireland is still majority Protestant and that majority is very into this rah-rah Britain, rah-rah Protestantism celebration, at least in Belfast. The celebration consists of bonfires the night before and the Orange Parade on the 12th (it is actually run by the Orange Order, yes after W. of Orange, and it is basically an all-male Protestant supremacist group. Oh sorry, they “exist to promote the Protestant faith.” *side-eye* I watched the whole parade, which is basically a paramilitary demonstration surrounded by sidewalk Belfast patriots who like to show off their Britishness but, really, ye shall know them by their drinking.
The Bonfire: This was by far the most surreal part. The night before the parade the city lights these ENORMOUS bonfires, we’re talking 50+ feet high, all over the city. The fires of course have Irish flags, effigies of Catholics, Sinn Fein posters, etc etc. The biggest one in town (60+ ft) is in Shankhill– yknow, the neighborhood that saw the most violence in the Troubles. But it has nothing to do with Irish or Catholic hatred rah rahhhhhh Britainiaaaaaa
Anyway I went to a different bonfire in the middle of town. It was in an empty lot surrounded by buildings (??) and there were NO cops (??????). When the time came they poured gasoline on it and then threw molotov cocktails to light. It grew to this giant tower of flame. I really can’t describe how terrifying and sobering it was… for me. Of course everyone else was drinking and dancing in the street.
Gah! I haven’t even gotten to Derry! OK, real quick: Derry is where the Troubles got started, and it has since named itself the “City of Peace and Reconciliation.” I went on two tours of the city. The first was the general, watered-down, tourist-friendly, biased-in-its-neutrality crap tour that was made worthwhile by the tour guide– a lady who couldn’t have been more than 40 but had like clown makeup and a horrible fake tan and the silliest accent I’ve ever heard: “Are yeh gewin on da tchewer?” etc. The second tour was the Bogside Tour (look up the Bogside) put on by the son of one of the men killed in Bloody Sunday. At the end he showed us where his father was shot. Right before that he took us to the wall that says “You are Now Entering Free Derry” which is occasionally decorated with current sentiment. Right now it says, “End Genocide in Gaza.” The guide proceeded to go on a rant about the current Israel/Gaza war (bear in mind this was July 13th so fairly early on) and said, quite matter of factly, “The Jews have a lot of power in the United States and Obama doesn’t want to upset them.” I was shocked and tried to talk with him about Jews I know and their feelings about Israel. But the sentiment was repeated to me throughout my trip. The Irish are very anti-Israel and quite certain that the American Jews are a major factor in the current conflict and will not flinch in saying so. (As these things go, on my return flight I sat next to a kid my age who was returning from a Birthright trip. We talked about the war for hours).
I realize I’m terribly biased but if it helps any I think my Irish ancestors were Ulster Presbyterians. “ – Cassie Cole

Sometimes we travel to see beautiful things and places to cross them off our bucket list. Other times travel is more informative than enjoyable. But it always leaves an impact. And sometimes you hope you leave an impact in return.