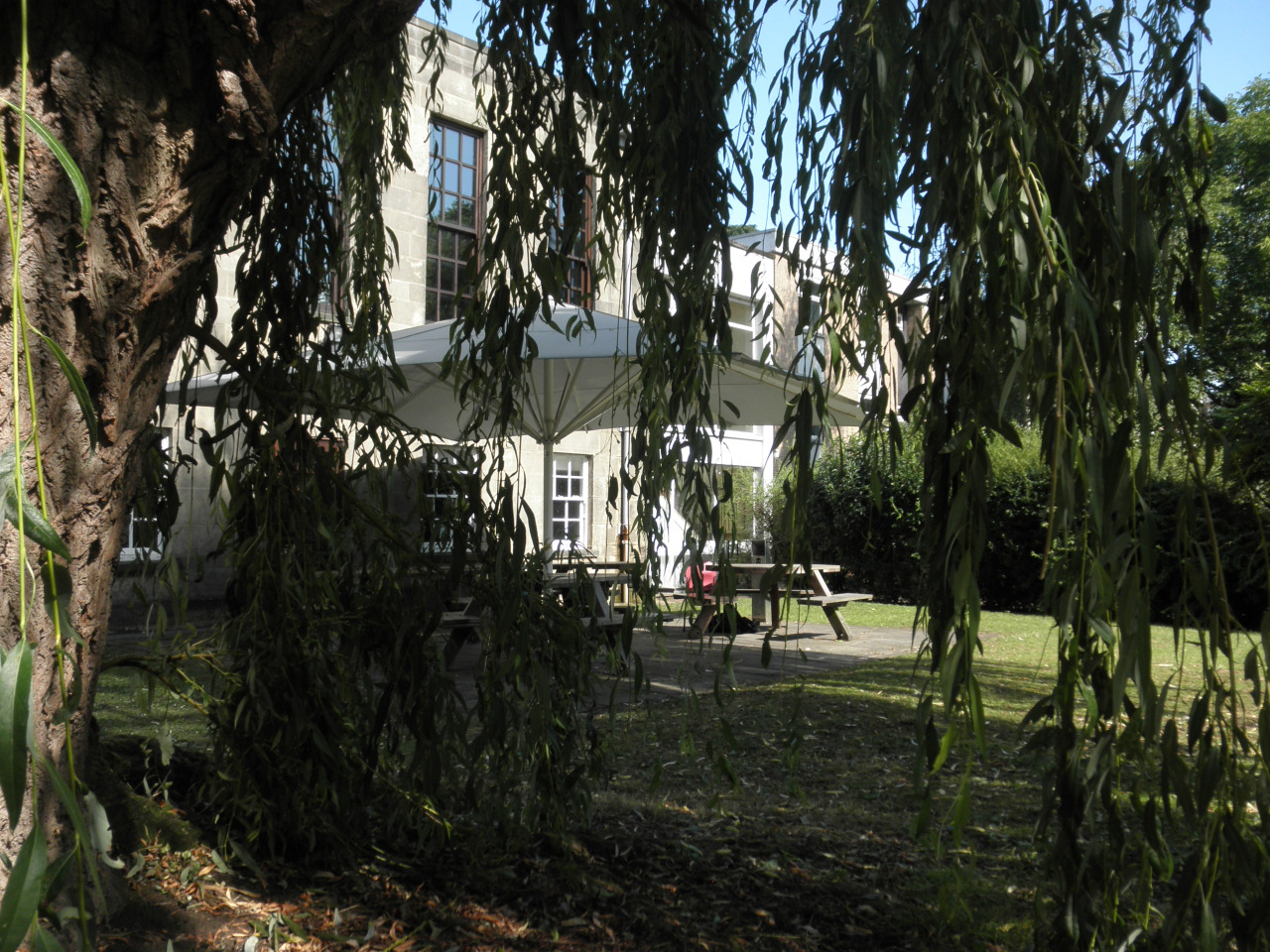 The last nights of dorm life

The four girls’ rooms faced each other across a little hallway where we often hung out and talked and planned, our laptops resting on the drab carpet. Nearby, a door opened up to the courtyard of Hugh Stewart Hall. Downstairs, Ryan lived in a room next door to the small kitchen. This little corner was all ours. But the rest of the Hall was periodically invaded by summer school groups with screaming children. For most of the summer, it seemed to be hundreds of Italian middle schoolers in a summer program to learn English. But recently, British high-schoolers had taken over in what seemed to be a “pre-college” experience week. They had thrown M&M’s at Missie’s window earlier in the week and were generally loud and obnoxious. Tonight appeared to be their last night and in celebration a dance – complete with pizza and a DJ and all of his sound equipment – was being held right outside our windows. Close to midnight on a “work-night” the noise had yet to abate. Then Steve the security guard walked in.

“Some of them aren’t right in the head, I think. A kid said
the F-word to me earlier. I don’t know. I found his teacher. And his teacher
was his mum. He didn’t really apologize. The students wouldn’t do that to me –
you know, I’m Steve.” Steve said, slightly choking back his emotions.

“You know one time, during graduation, you know everyone was
walking around with their parents. This man was with his wife and came in and
asked me about the old Warden. Well, I said, he retired 8 years ago. Oh, that’s
a shame, he said, I would have liked to tell him how I got on. That was
interesting to me, so I took him and his wife around – went into the dining
room and bar. I ask him if he remembers where his room was, and he did, so I
take him there and unlock the door and he poses working at the desk while his
wife takes pictures. A while later I get a letter with a wax seal with Rolls
Royce all embossed on the front. It’s addressed to me, at work! I mean, I never
get letters. I open it up, and it says Dear Steve and goes on and on about his
visit. And he signs it in ink at the bottom, John Rishton, CEO of Rolls Royce.
Maybe Rolls Royce doesn’t mean anything to you guys in America, but here…

…A lot of people have come through here. Alex Tew lived here.
The Queen came through here once! Do you want to see the picture?” [He leaves
for 5 minutes to go retrieve a small history book on Hugh Stewart Hall. He
insists we all take pictures of her.].

He thumbs through old pictures, remarking how “students used
to wear a suit and tie to go to the library! Now they have skateboards like
Bart Simpson or something and wear I don’t know, ball caps sideways.” He shows
pictures of when the Hall was smaller and there were fields surrounding it. He
tells stories of how Hugh Stewart Hall’s bar was one of the last remaining bars
that was student run. They made so much profit over the course of the year, but
then had to pass it on to the next year’s students, so they would throw huge,
lavish parties to spend that year’s profits and bring in the best bands. One
year, they booked Culture Club weeks before they burst into popularity – and
yet the band still honored their contract. The warden at the time was straight
laced and didn’t like Boy George’s appearance – but obviously the concert, run
out of the cafeteria where student technicians had somehow rigged up speakers and a stage,
was a hit.

He left, cursing the students had gone past their curfew,
and ensuring we had a proper plan for leaving our keys in an envelope to check
out Saturday morning. Walking down the stairs, he called out that he was on
duty the next night and would love to say goodbye. Outside, the DJ took a break
from techno-pop and plunged into a Grease melody the teens immediately followed
along with bursts of shout-singing the parts they knew. Those summer nights.

I hope everyone takes the time to acknowledge how much care University support staff often bring to their work. Students are so transitory but these people embody the living history of a place. Everyone has a story and I’m glad we heard Steve’s.